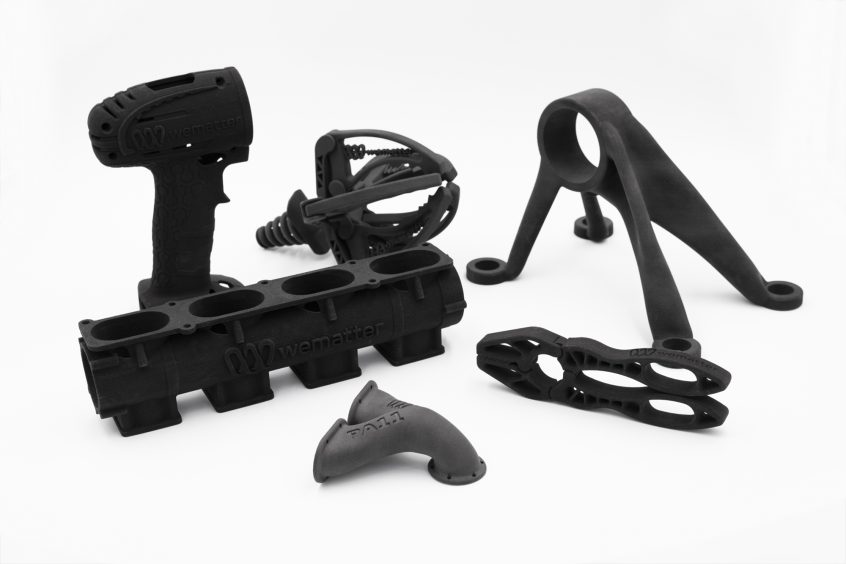 SLS is an excellent rapid prototyping method for functional polymers due to its high degree of design freedom and precision. Unlike other 3D printing methods (like FDM or SLA), it generates products with consistent, high mechanical qualities.  In fact, if your company develops products with plastic components, your teams are almost guaranteed to be working with SLS 3D printed parts as an integral part of their development work.

But there is a new development amongst the big and medium-sized companies. The ever-increasing need for effective R&D and Technical Development creates a relatively new trend: the installation of an SLS 3D printer locally, one with every development team. And the results are impressive!

What is driving this development?

Benefits of having a local SLS 3D printer

For many companies, the most profitable application of a local SLS 3D printer is shorter lead times from idea to fully developed product. The role of local SLS 3D printers is to reduce lead time on SLS 3D-printed prototypes. A lot of hypothetical questions, discussions, and disagreements can be cut short by simply printing and testing what works and what doesn’t. Parts from other 3D printing methods (like FDM or SLA), will answer many questions but rarely give the definite or most critical answer. Will the construction hold for the forces that it will have to endure?

Many development teams still face frustratingly long lead times from ordering an SLS 3D printed part either from an internal, centrally managed 3D printing department or from an external print shop. When the organization is used to this modus operandi, the negative effects are largely invisible. It is only when you have introduced a local SLS 3D printer, and people gradually get used to incorporating it into their routines, that the benefits become visible. And the results are dramatic.

And it isn’t just a matter of calculating the calendar time which has been saved on having the parts in a day rather than a week. The truly dramatic effect is the increased momentum that projects achieve. Pausing a development project to await the arrival of the printed SLS 3D part means that the team members shift to other tasks. Many complex thought processes, concepts, and ideas sink back into the back of people’s minds and risk being forgotten. When it is time to re-address these issues, often several days or even weeks later, much may have been lost.

Having a local SLS 3D printer means you can discuss ideas, drawings, and concepts one day, adjust them in the afternoon, set up the print job, and press print before you leave for home. The next day you pick up the printed part and bring it to the next meeting! 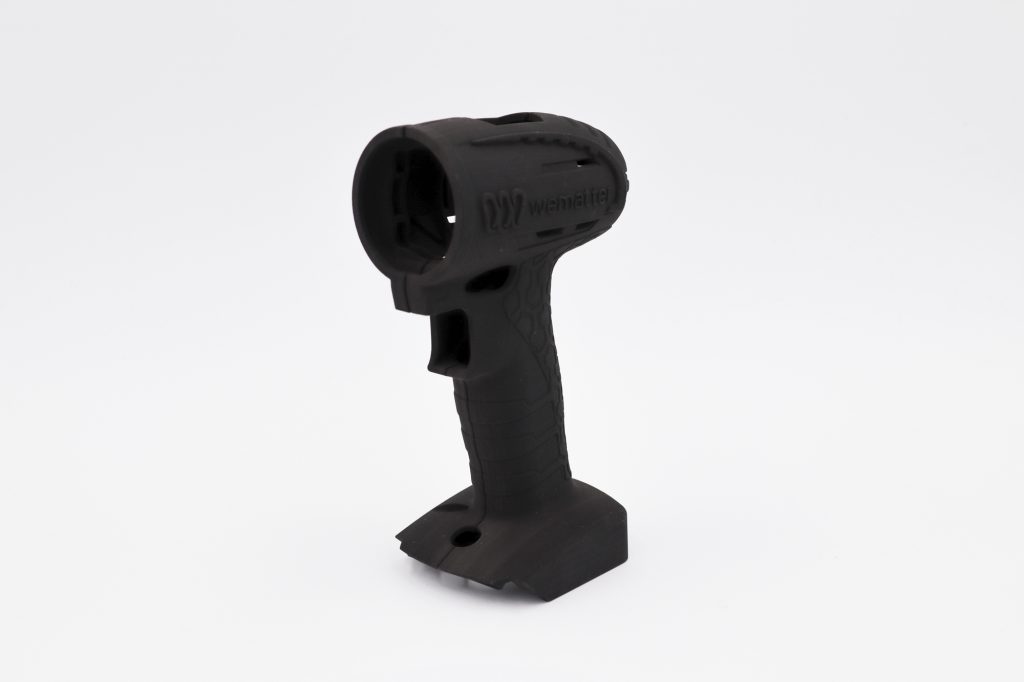 There are many different SLS 3D printers on the market, with distinctly different properties and prices. When buying one or several SLS 3D printers that will be applied to service a local team, certain parameters become more important than others.

The notion that SLS 3D printers are industrial has put most manufacturers of SLS 3D printers on a development path where the printer needs to be operated by a specialized operator, typically in factory-like facilities, with 3-phase power and separate ventilation. This is the “centralized 3D printing thinking”.

Today, there are brands that have developed 3D printers for the office. The output is still of industrial standards, but the printer itself can be brought into the office using a pallet loader, plug the power cord into a domestic outlet, plug in an ethernet cable and off you go!

The software that enables a user to take a CAD file and turn it into a print job for the SLS 3D printer (slicing etc) can be a frustrating experience that prevents your local development teams from ever getting near the local SLS 3D printer. Today, there is well-integrated software so simple that any engineer can learn to use it in an hour. And it will be a fun and rewarding experience!

A safe and clean working environment

Traditional SLS 3D printers were intended to be used on a factory floor, with separate ventilation and an operator with an industrial face mask. This was because of the powder handling. SLS 3D printing means handling a lot of polymer powder, ca 0.1 mm in diameter. Although the polymers themselves are not hazardous (they are typically used in makeup and other consumer products), creating a cloud of polymer particles at the office every time you need to load or empty the SLS 3D printer doesn’t create an ideal work environment.

Again, there are producers of SLS 3D printers that have solved the powder challenge of SLS 3D printing. The filling of powder should be a simple and dust-free experience. Emptying the machine and cleaning the printed parts from excess powder should not make your office look messy at all.

In the race for ever-lower prices, there are printers with extremely small build- and print volumes. Make sure your printer will be able to print the objects that your company will need to print, today and in the future.

Installing local SLS 3D printers may not suit every company. An intelligent way to manage this risk is to lease or rent the machines, at least for the first few years.

Make sure your supplier will be able to support every one of your machines locally.

Product as a service

SLS 3D printing is undergoing rapid development and in the end, renting a product and ensuring that all technical upgrades are included in the rent guarantees that your local, smaller development teams will be operating with a state-of-the-art SLS 3D printing technology.

Modern SLS 3D printers built and designed to be used by local development teams do not require extensive training per se. However, they probably do need training in how to best integrate a local SLS 3D printer in their regular work. Make sure you buy your SLS 3D printer from a company that knows how to speed up development and R&D using a network of people and printers that are spread out geographically.

Do you want to know more about SLS 3D printing?

Please fill out this form and we’ll get back to you.