As the first higher education institution to sign a contract with Wematter, Wematter will be following Berzeliusskolan‘s use of its SLS 3D printer throughout the 2021/2022 academic year, from prototype to final products.

A teacher at Berzeliusskolan, Nils Winge, pushed to purchase a new and more advanced 3D printer for the school. He is quick to say that this has enabled the school’s students to undertake more realistic projects. At the same time, it gives Berzeliusskolan as an educational institution a big advantage over competitors for the same secondary school students.

In this case study, we will follow two groups of students in their final year of secondary school, who are completing their secondary school project (hereafter referred to as GA). The GA runs from August to April. The aim is that the pupil, from start to finish, will carry out a project in which they will be able to demonstrate the knowledge acquired during their education. Together with Nils, these two groups of students have come up with two themes, ergonomic doorstops for self-closing doors and quieter classrooms. In groups of four, the students will create prototypes and finished products.

When we visited the school in early December, the groups had already printed several prototypes of their projects using the SLS 3D printer Gravity. One of the groups is working on its fourth prototype, where all models have undergone a number of adjustments to get closer to the final goal of an ergonomic doorstop. 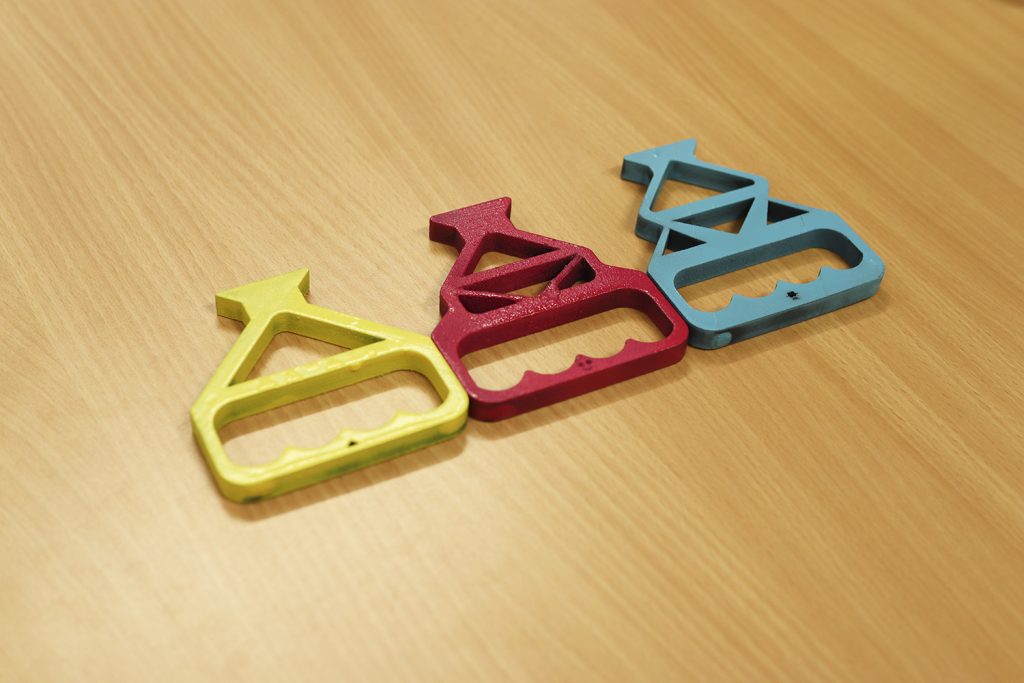 From left; the first, second, and third prototypes of the ergonomic door stop. These have undergone various adjustments, such as smaller handles, stronger middle section, and better fit against the door frame. 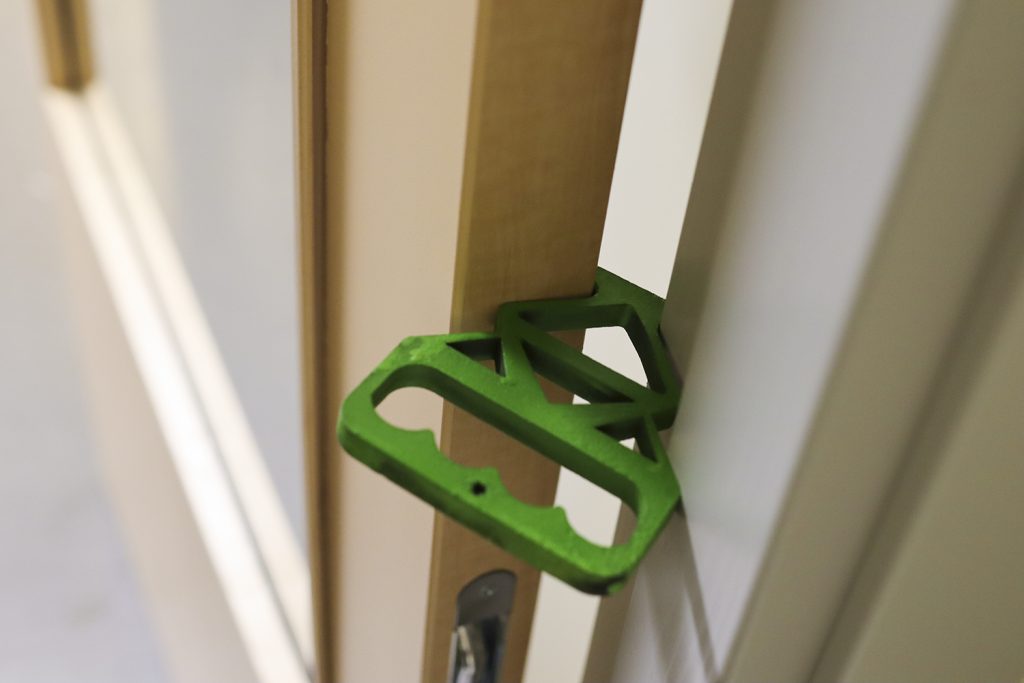 The last prototype was in December, here in the right environment, in a self-closing door.

The second group has developed two different prototypes to reduce the noise level of chairs with metal legs. This is commonly used in classrooms. Chair legs emit a loud noise and vibrations that can disturb other classrooms. The group wants to solve this problem by creating a device that allowed the chair to roll when it is moved but keeps it stable when a person sits down. The group’s next step is to try different materials in combination with the plastic material used in Gravity, Aurora PA11. 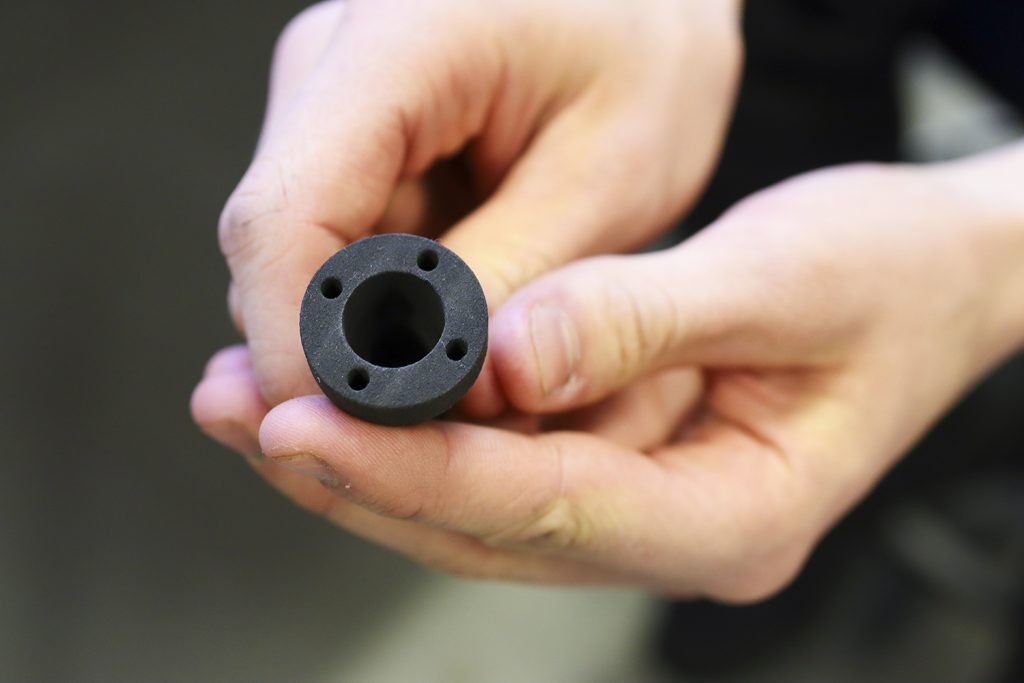 The prototype for a quieter classroom.

Here we show how the prototype will work. The bulb disappears when someone sits on the chair, but rolls on the bulb when someone moves the chair.

Prototypes that can withstand testing in real-world conditions

Students participating in the project enjoy being able to produce production-quality prototypes–ones that can be used and tested in their real environment without being damaged. One of the groups has even let a potential client test a prototype in their business. This is to get the most reliable feedback. The feedback will be used in the next stage of product development while making the GA even more realistic when the prototype can be tested in a live environment.

Berzelius School’s students will participate in the Swedish High School Championship for Innovators “Lightning” during the spring semester. The next time we meet the school’s students, they will have submitted their entries and we will learn more about how the work has progressed since December.

Would you like to know more about how you can use modern, industrial additive manufacturing in your school or university? Fill in your contact information here and we will contact you!