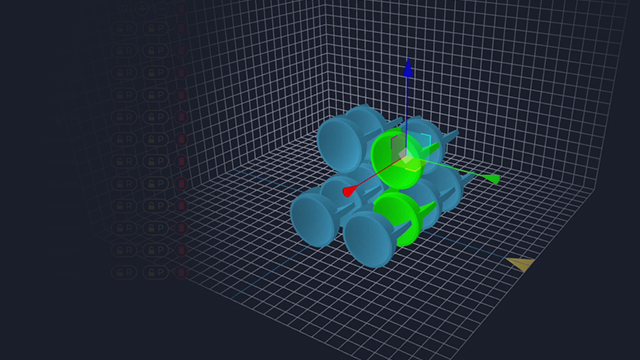 Wematter’s Deep Space software update now makes it easier for users to select objects for duplication within the CAD environment. This new feature means that users can fill the print space more efficiently. They can also reproduce objects to create more advanced designs.

Wematter’s added feature facilitates duplicating objects in the 3D scene, allowing the user to create multiple copies of the same model, by simply selecting the original model and dragging a fresh copy to new vectors on the 3D plane. It is now also possible to select several objects to work with at the same time, which allows simultaneous adjustments to be made to a larger number of objects.

To select multiple objects, the user just has to hold down the CTRL key while left-clicking on the objects, either directly in the 3D scene or in the object menu on the left. Alternatively, the user can select all objects simultaneously by depressing the CTRL and A keys.

If the user wants to rotate the selected objects, the most recently selected model is used as a reference by default. The rotation and positioning of that object are indicated in the left pane.

Watch a demo of how multiple objects can be changed simultaneously in Deep Space in the video below: