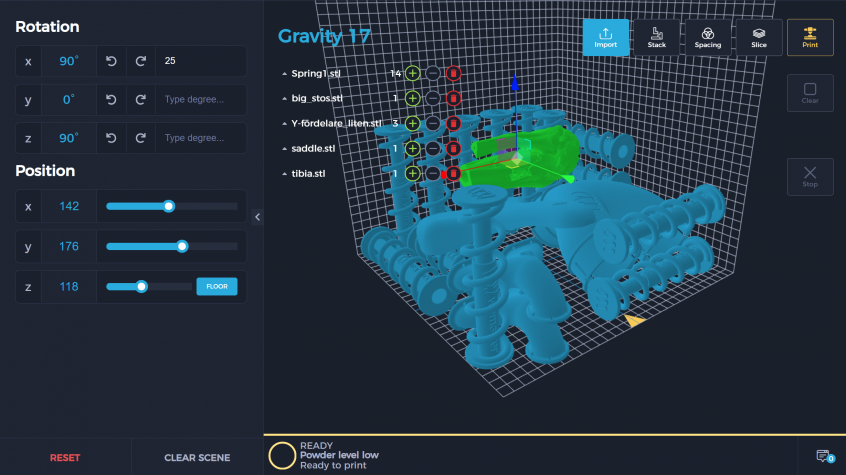 A whole new software for the Gravity 3D printer  that takes SLS technology to the office environment and makes additive manufacturing more user-friendly than ever for product developers and engineers.

Wematter’s revolutionary SLS-printer gets new software with Deep Space 2.0. This increases productivity in a variety of ways for designers, hospitals, orthopedics and production technicians who want to take their CAD models to the prototype stage or final production.

The startup has always striven to attract pioneers who want to work at the forefront in their field and contribute to creating reliable technology that drives development forward. That’s why with pride they can now present Deep Space with a new look and functionality, ready to be released to all on-site customers in mid-June. Wematter has for some time recruited the foremost talents in areas such as 3D-programming, web development, and algorithm development. The team strengthened itself with the skills of people who have previously worked at Microsoft, aerospace and defence company Saab, as well as Veoneer, a leader in autonomous vehicle technology.

“We are now part of the paradigm shift towards the Internet of Things and our latest update in the cloud enables a continuous stream of upgrades that increase customer value in our service without the user having to do anything”, says Robert Kniola, Founder and President Who Matter

The focus in the new program has been partly on user-friendliness. The form of graphical components that show up-to-date system status is but one example. The company has further focused on technical functionality that will help engineers to manipulate CAD models and create optimal conditions for their 3D-printing.

“Hardware is no longer static but is dynamically adapted to constantly improve. We believe so strongly in this area that half of our workforce today consists of software developers, which makes Wematter unique”, continues Robert Kniola

Part of the work behind the new platform is also based on creating a technical foundation with a modular structure for the program code. Because of this, it will be faster to further develop the system to refine existing features. Furthermore, adding additional functionality can be done in a scalable way as customer needs change. A customer starts with one Gravity and then scales up with a larger fleet of machines in multiple locations. They can control all their 3D printers from the same interface with a single login.

“In addition to the visible improvements we have been working a lot under the hood. The new release is the first on a completely new cloud platform that will enable unique functionality going forward. We are really excited by the potential of the new platform”, explains Olof Kraigher, Head of Software Matters

Some of the new features in the new Deep Space

Below is short demo of the build scene in the program. 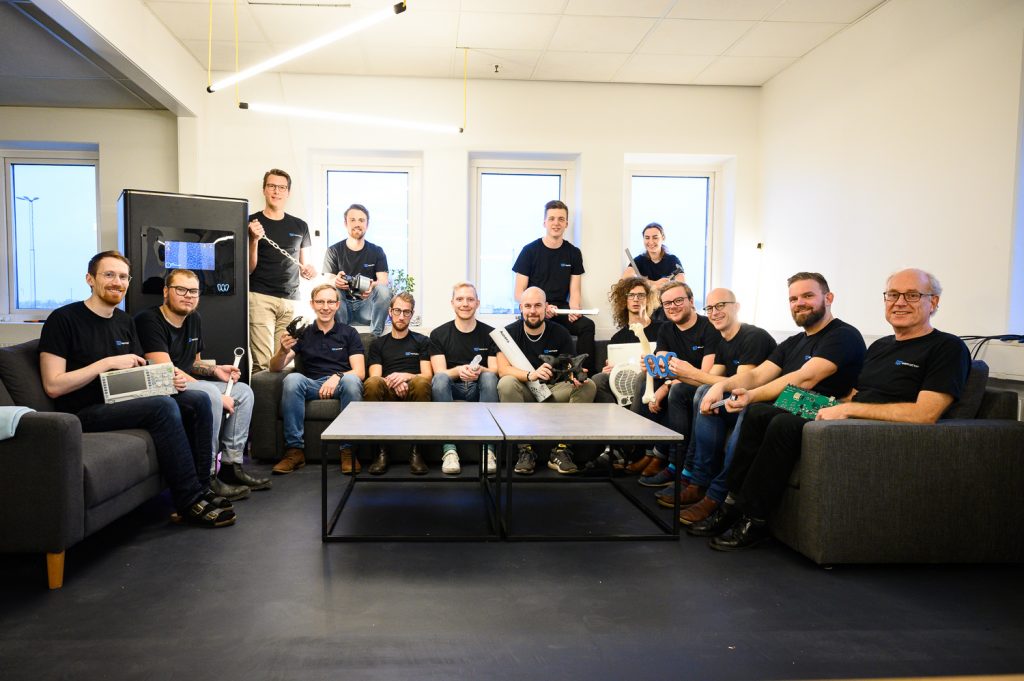 Wematter’s Nordic roots suffuse the company’s creative cycle. The team focuses on balancing user experience, ease of use, sustainability, and performance in all of its activities. The resulting quality and reliability are testaments to not just a client focus but to corporate responsibility in the face of a changing environment and industrial landscape.

Wematter attracts top customers like Siemens, Volvo, and Husqvarna. The company was founded by design engineers working with FDM SLA and FDM 3D printers, injection molding, and CNC-milling. Since its inception in 2014, Wematter has delivered 3D printers and 3D-printed components to car manufacturers, hospitals, and aerospace clients.

One Comment on ““Easier management of the Gravity SLS 3D-printer with new Deep Space 2.0 in the cloud””